I recently spoke to a Software Developer consulting with the UK government. I asked him about the use of PRINCE2 in their process, as this particular project management methodology was taught as part of my curriculum at the IT-University of Copenhagen, and was introduced originally by the UK government. PRINCE2 is, in a word, elaborate. I mostly remember it as being complex and bureaucratic, two things I generally have an aversion to.

“I don’t really notice it much,” this developer said to me, “mostly I just get concrete tasks and perform them. PRINCE2 is mostly used by the project managers. It might result in some things, like I am told to write a document or create a report, and I do that, but I don’t have to think about PRINCE2.”

When I was taught PRINCE2, there was an emphasis on making all members of the team recognize their place in the model. The intention was to make it clear which responsibilities each person did and did not have. The problem with this approach is that it becomes the responsibility of the individual developer to sort through the bureaucracy.

I had always seen PRINCE2 as cumbersome and obstructing, but here came a suggestion of a way to use it, which left bureaucracy to the bureaucrats and gave the developers the breathing room to Get Stuff Done™. I still don’t think PRINCE2 is optimal for most projects, and I still think it results in wasted resources, but I also understand that it can work, and might be very suited for projects done in the public sector.

There is a general lesson to be learned here, too. Many software development methods can seem confusing to the individual developer. This can easily get in the way, resulting in a lot of waste.

The primary task of Team Leaders is to save developers from the time-wasting bureaucracy, to shield the developers so they can get work done. 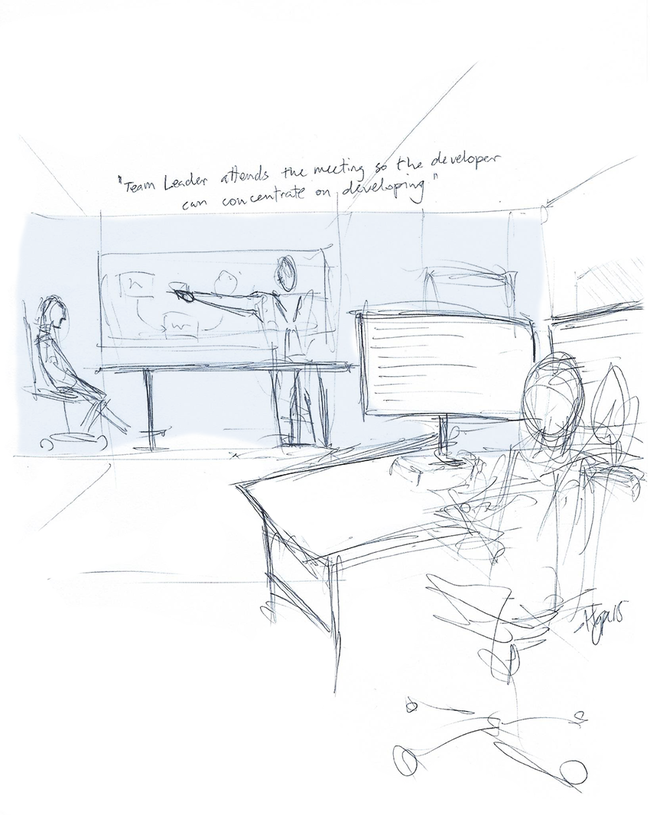 It is easier to learn when you are young. So I have been told all my life. According to research on neuroplasticity the brain continues to grow and learn from what it is exposed to—it never stops. As we get older, life is filled with... Continue →