A get rich quick scheme, maybe

Hey, remember Bitcoin? The cryptocurrency that wasn’t really a serious thing, most likely a fad, something that was going to pass quickly without leaving much of a mark?

Well, today one Bitcoin is worth more than $1000 dollars.

In 2010, an urban legend goes, someone bought two pizzas for 10000 Bitcoin. Today, that’s worth more than 10 million dollars. Expensive pizzas! 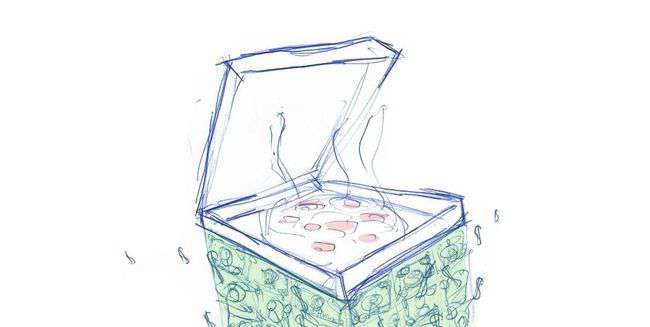 The value of Bitcoin has exploded, and cryptocurrencies are very likely going to be with us for a long while. As Bitcoin saw wider adoption and support in applications, its value grew.

Maybe the wild increase in value we saw with Bitcoin wasn’t the last of its kind. Maybe there’s money yet to be made in cryptocurrencies.

There are some problems with Bitcoin. It is anonymous in that no name is tied to a wallet, but transactions are still traceable. Remember that whole thing about how much NSA can learn about you from metadata about your interactions? Well the Bitcoin ledger is awash with metadata. All it takes is one wallet tied to your name, and your Bitcoin-interactions can be unraveled.

Zcash is a recently launched cryptocurrency that attempts to deal with the issue of traceable transactions. Through black magic cryptography constructs known as zkSNARKs (zero knowledge Succinct Non-interactive ARguments of Knowledge) it is possible to prove that a transaction happened in a valid way, without revealing any of the confidential information regarding the transaction.

Zcash is young! It launched in October 2016. It still has not stabilized, so maybe there is time to make a clever investment. (But hold off for just a few more paragraphs — you need to know a bit more.)

Zcash price surged on the day of public launch, which resulted in a rapid drop in price right after. In fact, the price of Zcash has been dropping rather steadily since its launch.

Except maybe now it is slowly plateauing.

At least for the last half of February the USD-to-ZEC exchange rate has been oscillating around 30, whereas before it would markedly drop in a period of similar length.

Plateauing is important because it is what comes before a price increase. Unless the plateau is broken and the price starts dropping I would recommend staying on the lookout and be ready to buy once the price starts steadily (or rapidly!) increasing.

But wait, why do I think that ZEC is going to actually work out and be a success? After all there is a mass of cryptocurrencies that lived for a very short time and then died out. A Dogecoin is worth around 0.0000002 USD today and has never been worth less.

I outlined the core of my argument above: Zcash adds some much needed innovations to cryptocurrencies, and as such is a first mover on a very appealing platform. This puts it in league with Bitcoin and Ethereum.

Additionally, Ethereum has expressed interest in Zcash, and Keybase will start supporting Zcash wallets as the second choice after Bitcoin.

This shows a much greater tendency for early adoption than with most cryptocurrencies!

Sure, it will take some time before the infrastructure for Zcash is as good as it is with Bitcoin. That’s exactly what this “get rich quick scheme” relies on.

Of course I am only describing what I see and making very vague predictions. You probably shouldn’t base your monetary decisions on some rando’s blog post on the internet.

There are some security concerns that are very hard to judge and might be fatal for all of Zcash. Personally, I don’t think these scenarios will come to light, but I also know that it is a risk I simply don’t know the parameters for.

Additionally, Monero and Dash are cryptocurrencies that have previously attempted to build in stronger anonymity than that offered by Bitcoin. They both seem stable, but not nearly as valuable as Bitcoin. Is Zcash destined to the same fate? I don’t know, but it might be.

Basically, all of this is very unpredictable and you shouldn’t invest so much money that it hurts if you are wrong.

Let me know what you think and maybe sign up to get notified when I write more.

Today, I would like to introduce you to a principle I call Do Unto Yourself. At first, I had thought to call it Eat Your Own Shit, but that was unnecessarily crass. My reasoning was that crass sentences often stick more easily in the... Continue →